Despite only just entering the second half of 2016, the paid search landscape looks certain to evolve dramatically over the coming months. A wave of announcements from Google promises big changes across most of paid search, each with their own benefits and considerations for marketers and other PPC users. In case you missed any and because we can’t stop talking about them, here are some of the biggest changes so far along with what they could mean for you.

Changing the face of paid search

To kick off we thought we’d talk about possibly one of the biggest changes on the way. It’s been nearly a decade since the AdWords dashboard saw even a touch up back in 2008; so we think it’s only about time that Google gave it a well needed face lift. Insights from a wide variety of advertisers have driven the direction of the overhaul, which focuses on ease of use and the presentation of key information and metrics, without changing the functionality. The new design has a projected launch date for all users by the end of 2017 and will be rolled out over the next year for feedback from various advertisers, big and small, on the aspects they predominantly use. You can get a more detailed breakdown of some of the main changes and a sneak peek of what’s to come here.

Even more ways to shop

Early last month we noted the introduction of Shopping Ads to Google Images, appearing as a carousel at the top of search results in a bid to target the large portion of visually led shoppers. As part of the Google Search Network any retailers with PLA’s may now find their ads appearing in Google Image search results, making it easier for users to click and buy straight from Image search results which should mean more clicks and, hopefully, conversions. All good news for paid results it would seem; however for organic traffic the picture isn’t so pretty. The introduction is yet another blow for organic search as paid ads move in to take the top spots.

One of the biggest changes actually implemented this year was the removal of right-hand rail text ads. Google reported little activity for these ads and felt removing them would better suit the mobile experience; which will clearly continue to be a priority for 2016. Whatever the reasons this change seems to be holding its own so far, with CTRs up and CPCs down which could show users are responding well to the new layout.

Perhaps even more importantly Google later announced plans for even longer text ads with almost twice as many characters. The original 25 character headline will become two 30 character headlines, a total of 40 extra characters in this area alone. The two 35 character description lines will also become one consolidated 80 character line. Reports from early testing show advertisers can expect to see CTRs rise by up to 20% and the second half of 2016 will likely see ads rewritten as advertisers prepare to make the most of the extra space. Matt Umbro, Search Engine Land, notes some handy preparation tips for the big expansion including starting to rewrite ads in the campaigns and ad groups with the highest traffic volume.

Also revealed at the Summit were some ad changes and additions to Google Maps based on map and mobile statistics; many of which will not come as a surprise for anyone with both an online and offline presence. Google suggests that the majority of people who use their phone to search for products nearby end up visiting the store within a day, and nearly a third (28%) of those searches end up in a sale. The increasing value of local searches has led to new text ads that will be displayed in the Google Maps app, mobile and desktop sites, and on Google Expanded Maps results from the main Google search site. These changes will be backed up by the introduction of promoted pins which will show a larger branded pin along with an ad.

By offering even more opportunities for businesses to entice customers in store all these changes will help to bridge the online/offline gap, meaning more traffic and sales for local retailers. On top of that further options and extensions on the Google My Business information page will enable businesses to display inventory information and an in-store pick up options for local searches.

As with many of the paid search updates no final release date has been set but location based businesses can still get prepared by making sure location extensions are enabled, checking all information on Google My Business is complete and correct, and reading up on the range of new changes expected to be introduced to Maps. 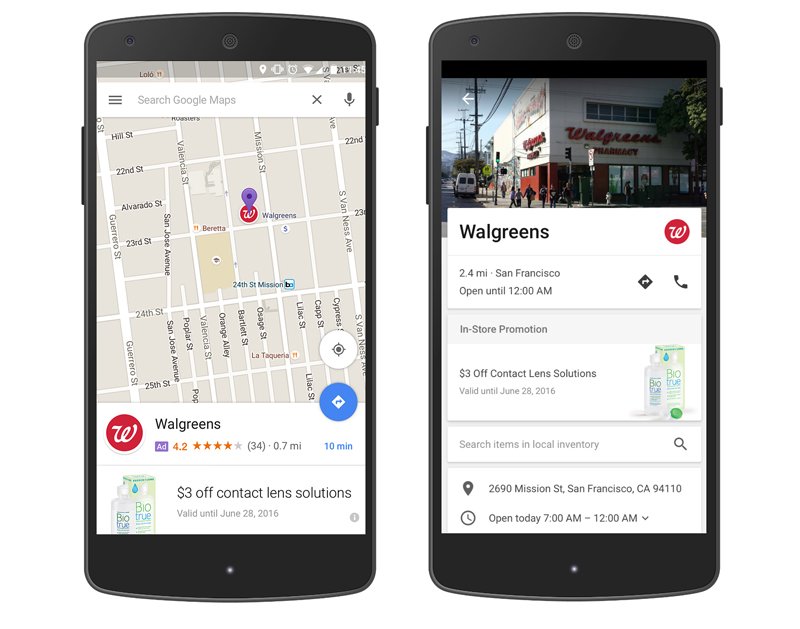 In yet another move that sees mobile take a priority position, Google announced the introduction of mobile based bidding with new adjustments ranging from -100% to +900%. Having a mobile first strategy is essential for some businesses as usage continues to rise and beat out desktop, supporting the move to mobile anchored bidding. Businesses with the relevant knowledge about their customer’s device usage and behaviour will be better equipped to implement targeted campaigns, further helped by Google’s separation of tablet from desktop. Better bidding flexibility and more options is good news for businesses and advertisers alike and is expected to be rolled out in the coming months, although again no official date has been set.

The number of changes alone might be enough to send your head spinning, but with the right preparation and knowledge each of these changes provides exciting opportunities for your business. If you think you need help managing your AdWords or want to discuss more, get in touch with one of our team.