After almost 16 years haunting our web pages, Google PageRank has now been banished from whence it came. After years of Google slowly demoting the importance of PageRank, last Friday on April 15th it all finally went quiet.

For many of us this is cause for celebration as finally Google's outdated numerical rating of how 'important' it considers pages to be, is no longer contaminating reports and search strategies.

What is Google PageRank?

Starting out as a way of making the Google search engine appear smarter and more useful than its rivals, PageRank quickly became a hotbed for buying unnatural links and spamming pages to boost rankings and visibility.

At the turn of the century Internet Explorer was the leading web browser, Google Chrome or Firefox hadn't yet been released. It was in these early years that Google released the Google Toolbar for IE; giving users access to a number of additional extras and the opportunity to quickly search Google from any web page. 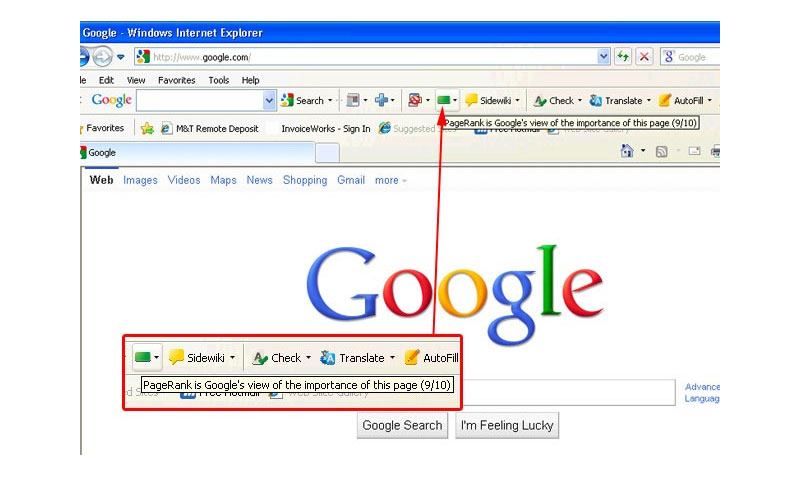 With this new search bar, came (when enabled) the PageRank meter. This meter showed visitors of each website a score (from 0 to 10) given by Google for the quality of the page they were on. A 'gift from the gods', this toolbar provided webmasters with the first, real visual identifier of how important Google considered their pages to be and, whilst many were initially very excited to receive such a gift, it quickly resulted in the demise of many websites.

Where did it all go wrong?

Even though there were many factors to consider when optimising a website at the time, SEOs became obsessed with improving this out-of-ten PageRank score. With the desperate scramble to improve this number came the link-selling economy and link networks. Buying links from domains with a high page rank became commonplace and Google's 'democratic' voting system began to fall apart.

For those that entered into this scheme early on, the benefits were clear. Visibility was up and their PageRank was on the rise. However, as with any strategy that looks to manipulate organic search performance, it wasn't long before Google tried to shut it all down. Whilst Google began to penalise networks and in some cases, remove them from the search results completely, this didn't stop link selling.

Those chasing the PageRank holy grail began looking for alternatives to directories and link networks, adding in links wherever they could. Blog comments and forums were spammed by people looking to boost their PageRank, without getting hit by a hefty algorithmic penalty. In a bid to stop this completely, Google introduced the nofollow tag in 2005 preventing PageRank credit being passed through links from 3rd party spammers.

Since the link pandemic; Google has released numerous algorithms to penalise those employing unnatural back-linking strategies. In addition to that, Google launched its own browser, Chrome,  ironically aiding the slow decline in their toolbar's use. Over the past decade PageRank scores have also been dropped from the Search Console and The Google Directory; making this once visible score totally disappear.

The decline in popularity of  Internet Explorer plus Firefox dropping the toolbar completely in 2011, has seen PageRank scores drift into the abyss. It's said that Google made what we think is the last update to PageRank scores in IE in 2013 – a sure fire sign that this once prominent score is no more.

Google has now completely removed it from its toolbar for good! Even though your PageRank score still exists, you won't be able to see it – and we think that 's a good thing. Without this nonsensical score to deal with, search marketers and businesses alike can concentrate on growing organic traffic with natural, authoritative back links. We can hopefully start to say goodbye to black-hat SEO tactics like link-spam and concentrate on optimising websites for positive organic rankings with sustainable results.

If you're looking to improve your performance in organic search results talk to our team today.